German government sources told Reuters on 23 September that Berlin would officially nominate Tedros as the Director General (DG) of the World Health Organization (WHO) for the second time around and was seeking support from other European Union (EU) member states.

At least 17 EU states have said they would also submit his name for nomination, a Western diplomat said, adding: “I understand he is being nominated by other regions.”

As the deadline for nominations elapsed, diplomats said that they were unaware of any other names being put forward, suggesting that Tedros could stand unopposed in the May (2022) election.

Dr Tedros Adhanom Ghebreyesus, a former health and foreign minister of Ethiopia, elected as WHO’s first African DG in May 2017, has led the global fight against the seemingly relentless COVID-19 pandemic.

He has been shunned by his native Ethiopia due to friction over the Tigray conflict, making it necessary for other countries to step into the breach and submit his name for a second five-year term.

African countries broadly support Tedros who has championed their access to vaccines, but have not wanted to break ranks with Ethiopia, diplomats said. However, it is unlikely that they will desert his cause in the ultimate analysis, ending up being seen to have let down Africa’s first WHO chief.

Notably, Dr Tedros has steered the UN agency through attacks on its handling of the crisis, which was sparked by COVID-19 that emerged in China in late 2019 and that has killed 4.75 million people so far.

While the Trump administration in the US accused Tedros of being “China-centric” all of last year, relations warmed with the Biden administration, especially after Tedros publicly said that further investigations were needed into the origins of the virus, including audits of China’s laboratories, diplomats said.

The United States has not opposed a fresh term for him, they add.

However, under the WHO process, envelopes are to remain sealed until after October 29, meaning it cannot be ruled out that a country might nominate another candidate. This is designed to limit campaigning too early.

The DG is the WHO’s chief technical and administrative officer.  The appointment of the next DG will take place at the Seventy-fifth World Health Assembly (WHA75) in May 2022.

The election process began in April when the WHO secretariat invited the 194 member states to submit proposals for candidates for the DG’s position. The deadline for proposals was 23 September 2021. (www.who.int/about/governance/election)

Information on candidates, including the curricula vitae and other particulars of their qualifications and experience as received from member states, will be published following the closure of the last regional committee meeting of the year, shortly after 29 October 2021.

If there is more than one candidate, a second forum will be convened in March 2022, prior to WHA75 to allow for an interactive panel discussion between the candidates and member states.

At WHA75, the World Health Assembly will appoint the next DG by secret ballot.

A DG can be re-elected once. Therefore the incumbent (Tedros) is eligible to be proposed for a second term of five years. (510)

The Director of the US Centers for Disease Control and Prevention (CDC) has set the proverbial cat among pigeons, reversing a recommendation of her panel of experts on COVID-19 booster shots. The Director, Dr Rochelle Walensky, went along with the experts endorsing booster shots for millions of older or otherwise vulnerable Americans, opening a major new phase in the US vaccination drive against COVID-19. However, she decided to make one recommendation that the panel had rejected. The panel on Thursday (23 September) voted against booster jabs to the 18-64 age group who are health care workers or have other jobs that puts them at increased risk of being exposed to the virus. (https://www.npr.org/2021/09/24/1040348413/cdc-director-backs-covid-booster-plan-and-makes-an-additional-recommendation?) 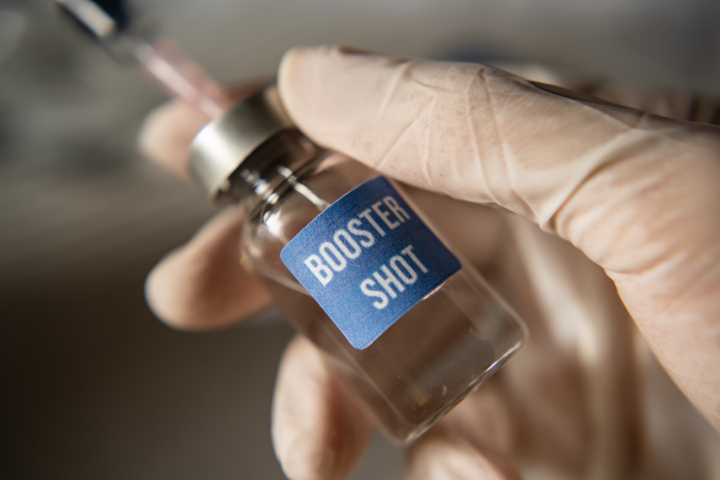 Walensky disagreed and put that recommendation back in, noting that such a move aligns with an FDA booster authorization decision earlier this week. “As CDC Director, it is my job to recognize where our actions can have the greatest impact,” Walensky said in a statement late Thursday night.

Experts say getting the unvaccinated their first shots remains the top priority, and the panel wrestled with whether the booster debate was distracting from that goal.

All three of the COVID-19 vaccines used in the US offer considerable protection against severe illness, hospitalization and death, even with the spread of the extra-contagious Delta variant. But only about 182 million Americans are fully vaccinated, just 55% of the population and hospitals are full because people are not vaccinated.

Thursday’s decision represented a dramatic scaling back of the Biden administration plan announced last month to dispense boosters to nearly everyone to shore up their protection.

The booster plan marks an important shift in the nation’s vaccination drive. Britain and Israel are already giving a third round of shots over strong objections from the WHO that poor countries don’t have enough for their initial doses.

The CDC advisers expressed concern over the millions of Americans who received the Moderna or Johnson & Johnson shots early in the vaccine rollout. The government still hasn’t considered boosters for those brands and has no data on whether it is safe or effective to mix-and-match and give those people a Pfizer shot.

About 26 million Americans got their last Pfizer dose at least six months ago, about half of whom are 65 or older. It’s not clear how many more would meet the CDC panel’s booster qualifications.

CDC data show the vaccines still offer strong protection against serious illness for all ages, but there is a slight drop among the oldest adults. And immunity against milder infection appears to be waning months after people’s initial immunization.

And now here’s what could be a real role reversal with Indians coming to the aid of the Cowboys! There could be some consolation for vast swathes of unvaccinated people the world over amidst what seems to be vaccine profligacy on the part of the US and other countries plugging booster doses. Back in the reckoning after a crushing second COVID-19 wave that left thousands dead and hundreds of thousands of others seriously ill earlier this year, India says its vaccine manufacturers will resume exporting COVID-19 shots in October, potentially eliminating a major roadblock for global vaccine equity. Indian officials said the country’s producers could churn out one billion more coronavirus vaccine doses by the end of the year, but did not specify how many would be exported. (https://www.science.org/content/article/news-glance-india-s-covid-19-vaccine-exports?

The Serum Institute of India and other local producers had stopped exports at the government’s behest in the spring, when only about 2% of India’s population had been fully vaccinated and daily reported cases in the country soared to nearly 400,000. That deprived the COVID-19 Vaccines Global Access Facility of hundreds of millions of doses it had planned to distribute in lower and middle-income countries. (So far, India has exported fewer than 70 million doses.) Now some 15% of India’s population has become fully vaccinated, and daily new cases have fallen to about 30,000.